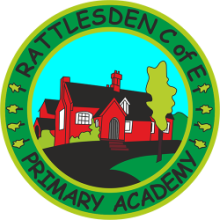 Rattlesden School was built in 1872, but the community of Rattlesden was educating its young people hundreds of years before this date.

Village records show James Whitacres of Rattlesden was licensed to teach grammar in 1583, and in 1593 Master Wood "kepeth a publique school." In 1608 Anthony Riche "literate of Rattlesden, was licensed to instruct boys in the fundamentals of Christianity and in music and in arithmetic and other lawful instructions."
​
In 1800, Reverand Mosley, who had been rector of the parish for 40 years, left a legacy for "the purchase of land or in a building of a school house." By 1816, a Sunday and day school had been established; the master, Martin Wells, received £24 per annum and the mistress £10 per annum. 32 boys and 12 girls were educated.

John Ready also had a school about the same time, or a little later, in some of the old cottages on the west side of the Butts.

Around 1837, the school was in the Butts, and boys and girls attended 3 days a week.

In 1838, the old workhouse was converted into a school. Miss Sarah Jane Beeton was engaged as mistress for the girls. The girls were taught upstairs and the boys down. There was a trap door which was opened for the joining in of prayers, singing and general repetition of lessons.

By 1839, Mrs Mirrington ran a school at Hightown Green, Mrs Youngman and Mrs Cobbold at Poy Street and Miss Beeton in the old workhouse. Miss Beeton was succeeded by Mrs Chandler and for several years, a number of female teachers were employed: Miss Eliza Stern, Mrs Sparke, Mrs Pamment, Miss Julia Witherington, Mrs Phoebe Stribling and Miss Reynolds. Mr William Chandler was the master; his salary is recorded as £35, the mistress was paid £25.

In 1869, a committee was formed to look into the possibility of providing better accommodation for the school. The committee members were Rev. J Barney, Mr Friston, Mr Ranson, Captain Parker, Rev. Twinning and Messers Cocksedge, Boldero and Phillips. It was estimated the new buildings would be erected for a sum of no less than £700.

In 1872, Rev. Charles Jones gifted a parcel of land "for a school for the education of children and adults of the labouring, manufacturing and other poorer classes in the Parish of Rattlesden" and the school that we use today was built.

There have been a number of changes and improvements to the school since this time, most notably the addition of our new classroom built in 2013 to accommodate Year 5 and 6 classes as the school moved to the two-tier education system.